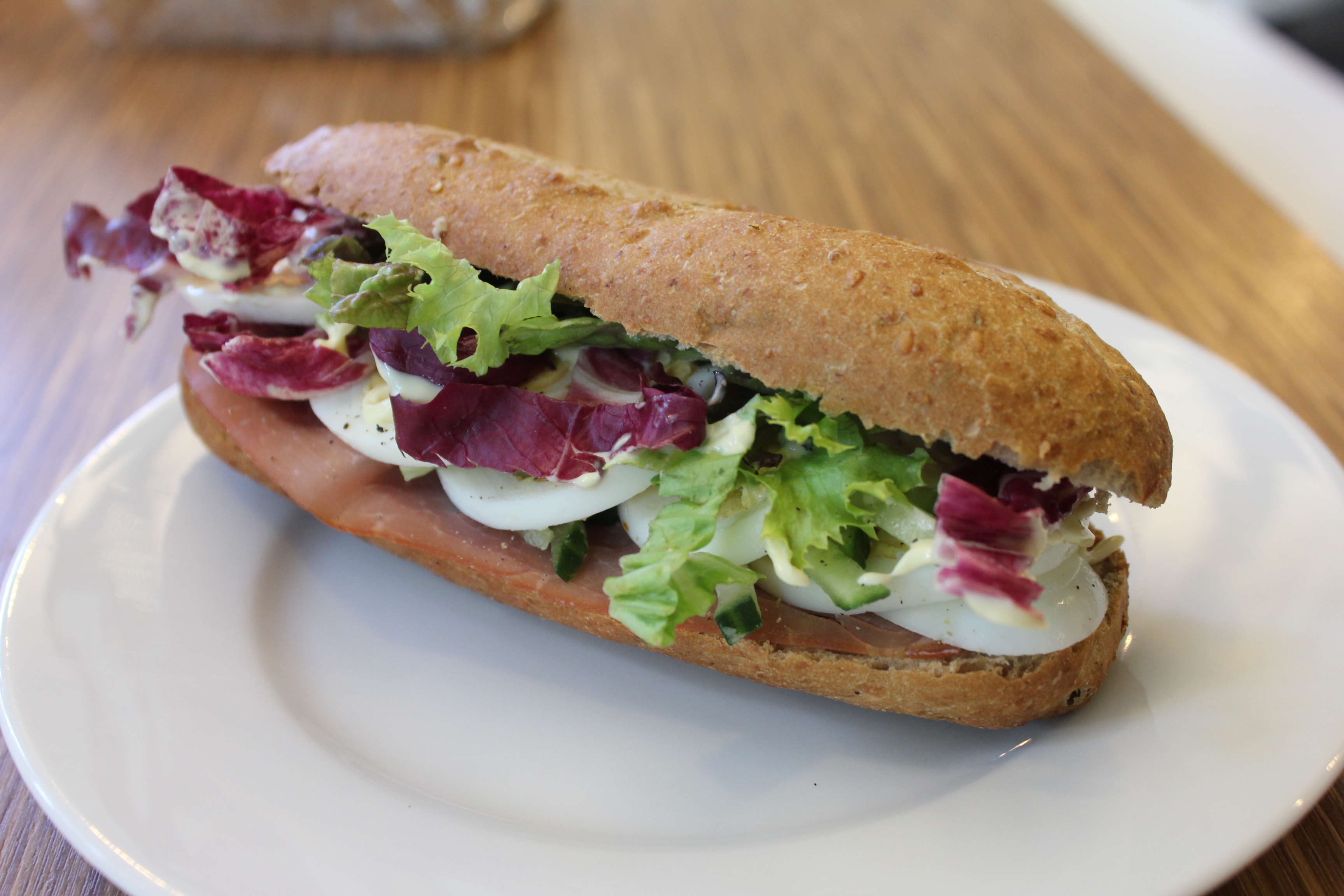 I’ve been working as a Visual Designer at IceMobile in Amsterdam since December 2011. September 2012 was my last month there and in the Netherlands, so I decided to make something funny everyday during this month.
I’ve shared my lunchtime with my colleagues. Everyday in the canteen we had fresh bread, cheese, meats, vegetables. And a bunch of sauces, pates to be spread, chocolate sprinkles… I noticed that everyone in the canteen has his own sandwich habits and I knew already a lot of them!
That’s why I decided to make a photo serie of the most exciting sandwich masterpieces with their Chef!
This tumblr is a tribute to all dutch sandwiches, toasties, broodjes and to my awesome and creative colleagues.

We talk about it on the internet:

On FoodRepublic, I’ve been featured and interviewed:

Our New Favorite Food Tumblr: Everyday I Eat Toasties
Photos of Dutch sandwiches in the workplace
BY JESS KAPADIA

And some tweets about it:

love this! RT @celinektwitt: Everyday I take pictures of my colleagues and their sandwiches. I’ve made a tumblr: everydayieattoasties.tumblr.com

@celinektwitt Keep on doing it! I love sandwiches and I truly believe each person’s style is exemplified in what they like to eat. Lovelove.

I want someone from this office to make me a sandwich so badly. — Everyday I eat toasties everydayieattoasties.tumblr.com via @celinektwitt

How to say goodbye as a French girl to your Dutch agency? To celebrate a typical Dutch habit everydayieattoasties.tumblr.com by @celinektwitt

Our designer Céline (sadly going back to France) made this great tribute to our funny Dutch eating habits.everydayieattoasties.tumblr.com @celinektwitt

I’m based in Paris most of the time, I’m also a nomad worker.